If the Teenage Mutant Ninja Turtles have taught us anything, literally anything can be a good pizza topping.

That may sound like hyperbole, but some of the best and most daring pizzerias from around the United States are ready to change what you should expect from a slice. We’re going to keep an open mind and nibble at some of the most insane pizza toppings currently available in the land of the free.

FRUITS: If you think pineapple on pizza is controversial, then you might not be ready for the specialty fruit at Vinnie’s Pizzeria in Brooklyn — grapes. And it’s not just the East Coast experimenting with different types of fruits, as you’ll discover when you visit Red’s Pizza in Los Angeles. This popular California mainstay has made a name for itself by offering a banana pizza, which they mix with red curry.

That’s nothing compared to Queen’s based eatery C Fruit Life, who combined the delicious taste of pizza with the smelliest fruit known to man. That’s right, it’s the durian, which even fans of the fruit will tell you smells like “hot garbage.” Thankfully, it tastes better than it sounds, especially when mixed with onions and pepperoni.

SEAFOOD: It’s common to anchovies and shrimp on the menu at your favorite pizzeria, but why stop there? Matthew’s Pizza in Baltimore, Maryland, pays tribute to the city with a crab pie that is dusted with Old Bay seasoning. Another option is the Tonno Pizza at Gianfranco’s in White Plains, New York. This is a tuna fish salad that is spread across a baked pizza crust and served with a delicious sauce.

If you’re looking for quantity, then you can’t go wrong with the 7 Fishes Pizza at Philadelphia’s favorite experimental hotspot, SliCE. This is exactly what it sounds like, offering (extremely) hungry patrons a pizza with clams, mussels, shrimp, tuna, crab, anchovies and even sardines. Unfortunately, this is a seasonal pie that is only around during the holidays.

CONDIMENTS: We already know that pretty much any food can be a topping, but what about sauces? We’ve seen a lot of American pizzerias experiment with different types of condiments, such as the Mustard Pie at Pap’s Tomato Pies in Robbinsville, New Jersey. If you think that’s questionable, then maybe Skippy’s Dare might be more your speed. This crazy concoction smears peanut butter all over the pie and is a favorite at Randy’s Wooster Street Pizza in Manchester, CT.

Of course, that’s nothing compared to the Lady Zaza at Pizzeria Lola. This daring meal takes inspiration from the East and includes house made kimchi, Korean sausage, serrano peppers, scallions, sesame, and a soy chili glaze.

EVEN MORE: Forget seafood and fruit, because sometimes what you crave on your pizza is … potato chips? Ian’s Pizza By the Slice in Milwaukee has made a name for itself with a number of rotating specialty pies, including college kid-favorite Fritos. That’s not to be confused with Benny’s Kosher Pizza, which offers a Falafel Pizza that is every bit as good as it sounds.

And nothing says overkill like the Thanksgiving Pizza at Fellini Pizzeria in Providence, Rhode Island. This is exactly what it sounds like, and features slow roasted turkey, mashed potatoes, gravy, stuffing and cranberry sauce. This is one slice that is guaranteed to put you to asleep before the game ends.

If what you’re looking for is the craziest, most over-the-top ingredient of them all, then look no further Industry Kitchen in New York City. This popular haunt is best known for their 24K Pizza, which is exactly what it sounds like. For a mere $2,000 (you read that right), you can get an artisan pie topped with stilton cheese, truffles, caviar, and peppered with 24k gold flakes. But there’s a catch: It has to be ordered two days in advance.

This may be a good place to introduce yourself and your site or include some credits. 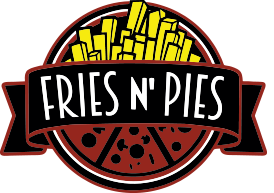